My initial reaction to the trailer for Captain America: Civil War was not enthusiastic. I watched the quarrel between Iron Man and Captain America develop and I wrinkled my forehead. They’re super heroes, I thought to myself. Surely Marvel is running out of ideas. Why can’t they just get along?

Well, after watching this film, I completely understand why they can’t.

Captain America: Civil War is intent on exposing a moral quandary in which both sides are right. Or both sides are wrong… It depends how you look at it.

In the wake of the human casualties caused by previous Avengers interventions, the United Nations has asked to put the Avengers initiative under UN-oversight. Iron Man (Tony Stark) backs the so-called ‘Sokovia-agreement’ in the hope that this will introduce accountability to the Avengers. He is wracked by guilt about the damage he has caused, and he is trying to atone for it.

Captain America (Steve Rogers), however, believes that the Avengers are not guilty of the accidental deaths they have caused while trying to save the world. He fears that the United Nations agreement will curtail their ability to intervene and take action.

The entire Avengers group splits into supporters of Tony Stark and supporters of Captain America. The battle crystalizes around Captain America’s best friend Bucky (formerly the Winter Soldier). He is wanted dead-or-alive by the international community. Captain America believes he is innocent of the crime he is accused of and is willing to risk everything to save him. Iron Man, however, is determined to hand him over to the authorities. ( Here’s an interesting article from ‘The Economist’, explaining why one should take Iron Man’s side Why the Avengers should sign the Sokovia accords)

The film is remarkably even-handed: each side has a motivation to fight. The viewers’ sympathies are allowed to change methodically throughout. I suppose the moral problem of the film are two equally important and opposing Kantian principles battling it out, with no-one (apart from the Black Widow) taking the utilitarian stance. The conflict between ‘protecting the Earth at all costs’ and ‘accepting responsibility for one’s errors’ is never resolved. Instead the film twists into an exploration of the varieties of personal vengeance, as the battle between Iron Man and Captain America takes a human toll. A discussion of ideas is replaced by a manifestation of human emotion, with terrifying consequences.

I was worried that the film would be overcrowded with its almost complete set of Avengers from the previous movies and two new superheroes joining the crew. Yet though character motivations are complex, the movie is well-structured enough to handle them. Indeed, Captain America: Civil War is all about structure and balance: even the comic sidekicks are spread equitably between the two opposing teams— the not-so-tiny Antman fights for Captain America, whereas the overly-excited and newly introduced Spiderman shows up on Iron Man’s side. There was not a boring moment throughout the entire film. I was emotionally engaged and genuinely entertained. After Avengers: Age of Ultron I was worried the Marvel was losing its touch. After Captain America: Civil War, I can’t wait for the next Marvel cinema release.

There are a few issues that bother me, however. For a start: where is Pepper Potts, Iron Man’s girlfriend? There is a conversation early on in the movie which suggests that Tony Stark and Pepper Potts broke up because Tony Stark was spending too much time at work. Clearly, this is not enough information. Especially as Pepper Potts knew very well that Tony Stark is a workaholic. She used to be his secretary, for goodness sakes. What is going on? Is Marvel unwilling to pay Gwyneth Paltrow enough money for her to return in the future Avengers films? 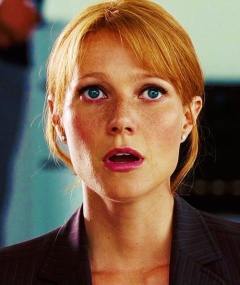 I know, I am clearly nit-picking. I enjoyed this film tremendously. Having said that, I would be worried about viewers who haven’t seen any of the previous Avengers movies being a bit lost by the complexities of the character interactions. For those who have seen at least some of the Avengers’ saga, the movie is an exquisite treat. I suppose for those who haven’t, there remains the joy of angsty beautiful people running around in some slightly ludicrous outfits.

Except for this glorious non-super-hero outfit worn by the Black Widow (Scarlett Johansson). I’m being serious here. I want it…