I loved Thor: Ragnarok. I thought it was absolutely hilarious and nearly fell off my seat laughing several times.

I enjoyed Cate Blanchett as the fiendish Hela, goddess of death, Thor’s elder sister. I giggled at the cameo appearance of Dr. Strange.  I loved the dynamic between Thor and Loki, (just check out this video clip https://www.youtube.com/watch?v=pg-JsbBF5-o)

I would happily go and see this film again, which I didn’t expect. I thought the fact that Marvel basically gave one of the most bittersweet Nordic myths a happy ending would be too much for me to bear. But in the end, the fact that the film didn’t take itself too seriously made it much more acceptable.

That said, I think the film is definitely more similar to Guardians of the Galaxy than to any of the previous Thor movies.

Most obviously it is set almost entirely in Asgard and the slaver planet Sakaar, with very few scenes taking place on Earth. It also uses rock music to create a tongue-in-cheek feel to most of its space-set fight scenes.

It doesn’t really touch on any more serious moral dilemmas – such as those illustrated by Captain America: Winter Soldier (what are the limits of mass surveillance?) and Captain America: Civil War (who guards the guards?). It is created to entertain, and that’s what it does best. 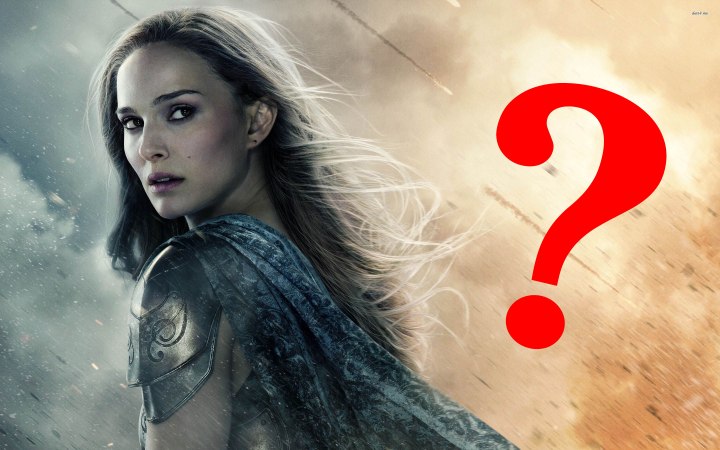 The thing that annoyed me most was the absence of Jane Foster and the throwaway reference to the fact she “dumped” Thor. In the story arc of the first two Thor movies, it is absolutely unbelievable that Jane would just suddenly dump Thor – I will remind you Thor: The Dark World basically ends with Thor resigning his kingship for Jane ( she had waited two years for Thor to come back to visit her).

Now I know that Natalie Portman has said that she would not come back for the third Thor film, but she has not ruled out coming out for Avengers: Infinity War. I can’t see her on the cast list for that though. She is one of my favorite women in the Marvel movie universe (not that there are that many, but hey) – a trained scientist who helps Thor save the world, and who Thor’s mum Frigga died protecting. Don’t dump her like this, Marvel. It’s appalling. 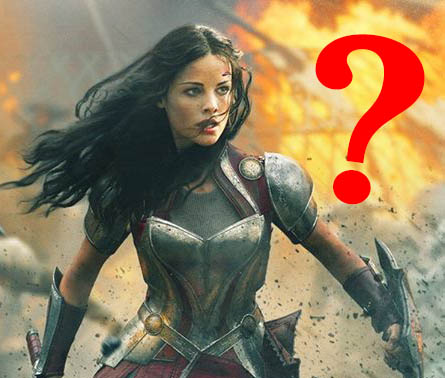 Second of all, the absence of Sif. I’m sorry, if there was any woman who was to replace Jane as Thor’s love interest, it should be her. Not that I think that any woman should replace Jane as Thor’s love interest (TEAM JANE FOSTER, all the way) but I do acknowledge the fact that in Norse mythology Thor is actually married to Sif, and she did play a pretty big role in the previous Thor movie.

Well, surprise, surprise, she isn’t in this one, because of ‘scheduling conflicts’. There seems to be a strange pattern here because I do suspect that if the Hulk (aka Mark Ruffalo) had scheduling conflicts, or worse still, did not want to participate, the entire film would go on hold. But who cares about the female cast members, eh? 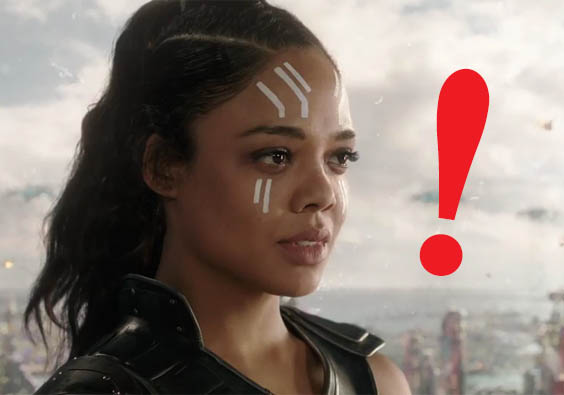 The positive female character we were supposed to get excited this time was Valkyrie. She is this semi-alcoholic fighter with some serious PTSD who captures people as slaves for the gladiator ring. It’s incredibly cool that we get a woman who’s a drinker and a fighter and is not white (YES!), but riddle me this.

Valkyrie is the name of an order of female warriors,  not a personal name. So why is it used as her name? At the very least she could be known as the Wagnerian Brunnhilde (btw I checked and that is her name in the original comics. So yeah, they could have just used that – oops). This gets worse as the original name we know her by is Scrapper 142. So yeah, the main female character in this movie gets no first name. That’s just great… Facepalm.

I know everyone says that it’s great that Marvel has a female villain, and Cate Blanchett is incredibly fun to watch on screen as Hela. The problem is, of course, that she is this horrible witch-like creature trying to take the throne from Thor, to whom it is due because of her previous misconduct – but let’s be honest because by primogeniture it was probably his anyway. Let’s reinstate the patriarchy, everyone, because the woman who is trying to fight against it is really, really bad. This is basically the same approach we’ve had to the power-hungry firstborn daughter that we’ve had since the middle ages. Erm. It’s now the 21-st century. Could we have a rethink?

Hela is evil, but did she really need to be Thor’s elder sister to be evil?  Mythologically, she was the daughter of Loki (and that makes a lot more sense).

The other problem that I had with this movie is slightly linked to the disappearance of Jane Foster. And that is, that this movie has little appreciation for brain power at all. Poor Dr.  Banner is only useful to anyone as Hulk (quote Thor’s “You’ve got seven PhDs – try to figure out how to fly this thing?”) and no-one seems to care that at the end of the movie he might never return to the human form  Which makes me really sad, cause I prefer him as a human.

Okay, I’ve finished nitpicking. This film is great, go watch it, enjoy it and don’t overthink it.

Jane Foster  (with some minor alterations)

(with some minor alterations)

Valkyrie  (with some minor alterations)

Hela Loki  (with some minor alterations)