Top Ten Tuesday is an original feature that was created and hosted by The Broke and the Bookish.  I have learned of it via Clues and Reviews.

For me, summer-y reads are the ones that give me a feeling of decadence and indulgence. Sometimes these come along with decadent main characters- sometimes they will simply be big chunky books that one would never have time to read if not for the summer holidays.

This classic tale of decadence on the Côte d’Azur has summer written all over it. It’s narrated by a spoilt teenager, Cécile, just on the cusp of coming of age. She is on holiday with her playboy father, who has just found a new partner, a woman who threatens Cécile’s independence – and the girl is determined to get rid of her – no matter what the cost….

2. The Great Gatsby by F.S. Fitzgerald 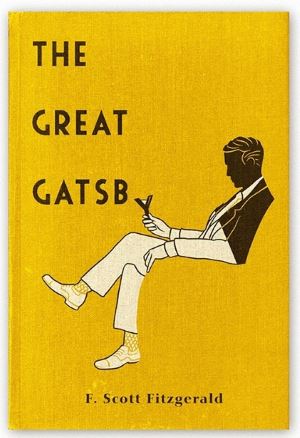 Because of the following sentence:

“And so with the sunshine and the great bursts of leaves growing on the trees, just as things grow in fast movies, I had that familiar conviction that life was beginning over again in the summer. There was so much to read, for one thing.”

In any case, if you haven’t read it yet, read it now.  It is magnificent.

3. Three Men in a Boat by Jerome K. Jerome

Have you had enough of your decadent summery reads? Three Men in a Boat is absolutely hilarious and is guaranteed to keep you relaxed, no matter how packed your travel itinerary is. 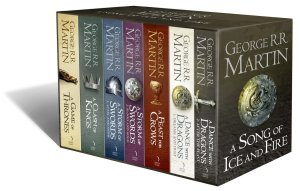 Because the new season of Game of Thrones is coming up, and if you haven’t read the books yet, you’ve got some serious catching up to do…  Also, if you finish one volume when you’re travelling, you can probably acquire a copy of the next one wherever you may be. Unless you happen to be in Antarctica.

This book is absolutely fascinating and has forced me to turn into an Ursula Le Guin fan. It’s a really good size too- just thick enough to last you for a while, but not quite thick enough to break your back while you carry it around in your backpack.

6. On the Road by Jack Kerouac

I lost count of how many times I have been told to read this book.

7. The Grapes of Wrath by John Steinbeck

It does sound rather gloomy though.

8. Made in America by  Bill Bryson

Because I got it for Christmas, years ago. And now I finally have an excuse. 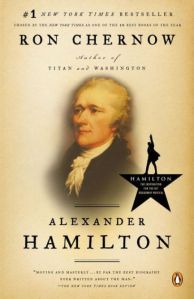 I am going to see Hamilton in November and I am super excited!!!

10. A Knight of the Seven Kingdoms by George R.R. Martin

The new season is coming up soon, so I need to catch up on the prequels.

I hope you liked my list of summer reads. What will you be reading this summer?