I have just finished watching Parks and Recreation on Sunday and I am still undergoing some serious withdrawal symptoms… Anyhow, if all is going to plan, I should be on holiday by the time you’re reading this post 🙂 so hopefully I will have stopped wondering what to watch in the evenings by then….

Parks and Recreation tells the story of Leslie Knope (Amy Poehler), the deputy director of the Parks and Recreation Department in Pawnee, Indiana. Leslie is an enthusiastic workaholic who absolutely loves everything about her job (which is, as you would expect, rather boring and very rarely groundbreaking city government work). One day, at a citizens’ forum, a local nurse, Anne (Rashida Jones) asks Leslie to do something about the abandoned empty lot next to her house, which is basically a construction pit. Leslie promises to help Anne, no matter how many toes she steps on, or how much red tape she has to file and peruse. So the adventure begins.

The show has 7 seasons, so I’ve decided to give you seven reasons (aha!) why you should watch it.

1.Leslie’s optimism during the first two seasons of the TV series is infectious

3. Ron Swanson (Leslie’s boss)  is a satire/ idealization of the classic American libertarian male. And he’s very funny to watch…

4. A co-worker of Leslie’s,  Tom Haverford is played by an actor called Aziz Ansari. He has now written a bestselling book and a very well-known TV series (Master of None). And yes, he made his name by acting in Parks and Rec. 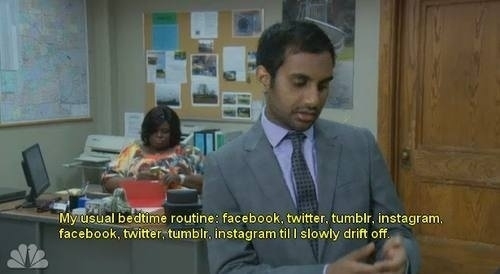 5. If you ever thought you were lazy and unmotivated at work, you only need to look at April Ludgate, the Parks and Recreation department intern, to realize that you’re actually pretty energetic.

6. Though you would undoubtedly find Chris Traeger annoying as a person sometimes, you will absolutely love him as a character.

7. It is heartwarming, funny TV at its best 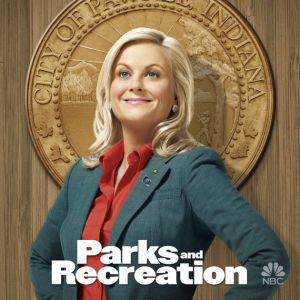 Have you seen Parks and Recreation already? What’s your favourite season?